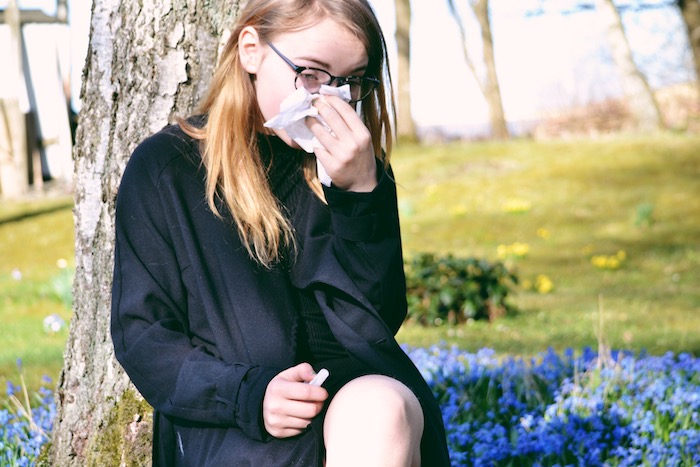 Can Hypnosis Help You With Your Allergies?

For well over 100 years, hypnosis has been known to be useful in treating allergies. (Note that our profession’s ethics and the NGH Guidelines on them requires a medical referral before working on an allergy client.) But why is hypnosis useful for allergies? The hypnotherapist needs to understand that in the vast majority of cases, allergies have two components. The first is a SENSITIVITY to an allergen (an allergy-causing substance). The second is an EMOTIONAL or PSYCHOSOMATIC COMPONENT. Can an allergy appear with only one of these two? Certainly, but that is relatively rare.

A common test for sensitivity was to draw a ball-point pen grid on the patient’s back (where the patient could not SEE what was being done), and then pin-prick each square in the grid with a different allergen.   Those which swelled, turned red, or otherwise reacted were said to have “lit up” and were deemed to be things the person was allergic to.   Every one of the dozens of times that test has been done on me, I have “Christmas treed” – lit up the entire grid. The ONLY square on me that did NOT light up was poison ivy – when attacked by the playground bully who was deathly afraid of that plant, I would run to the patch of it near our school and just stand in the middle until rescued!   Allergists would tell my parents I was allergic to EVERYTHING except poison ivy.   No – I was SENSITIVE to everything except poison ivy; only a smaller number of items would actually bring on an allergy attack.

The EMOTIONAL or PSYCHOSOMATIC COMPONENT can and does amplify or diminish the reaction to the particular allergen. Notice that the emotional component to poison ivy – a “friend” to me – totally over-rode whatever natural sensitivity the normal person has to that plant.   But also notice that ALL the items that I did experience allergic reactions to were ones to which I exhibited a sensitivity AND to which there was also an EMOTIONAL or PSYCHOSOMTIC COMPONENT. My allergy to fish had an emotional component caused by swallowing a fish bone at pre-school age.

Once a hypnotherapist understands this concept – the need for both components in most cases – he is prepared to assist the physician in allergy treatment. The hypnotic procedure is quite simple – find the ISE through regression. Both Affect Bridge and Pinpoint work quite well here, and both Recall Mode and Revivification Mode can be used, although personally I prefer the latter. Do NOT presume that the emotional trauma has to be in early childhood.   A middle-aged man with severe allergies to fish was found under regression to have learned that his fiancé was breaking their engagement while he was out with his fraternity buddies having fried clams and beer! After that he could still imbibe the beer, but all seafood made him deathly ill.

In summary, be sure you have a referral, and remember that as a hypnotherapist you are working only with the emotional component. And keep the allergy doctor fully informed. Good luck!