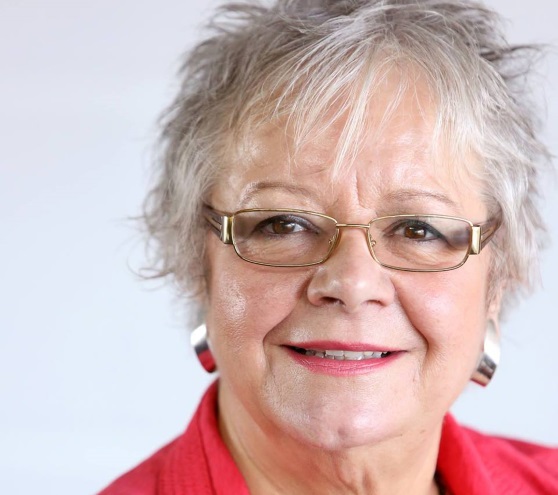 I first learned some hypnosis from stage hypnotist Nigel Ellery in the early 1980s. It became a secret hobby of mine as I was a school principal at the time. However I was renowned for helping the “naughty kids” relax when they were sent to me, and the nervous kids suddenly be confident on the school stage!

I continued by training into Applied Linguistics 1985 and further into NLP. This led me to begin travelling to the USA and mostly NLP courses with numerous trainings with those who later became the lights of the profession, and using more Ericksonian methods. However it was meeting Dr. Will Horton in India that took me to Gerald Kein, and consequently the discovery of Dave Elman, who was still unknown in UK.

The internet was just taking off and it became possible to find out about courses other than word of mouth and advertisements in NLP magazines. Upon arrival for my first day at OmniHypnosis and viewing an old tape of Dave Elman at work, I knew I had found the faster and more efficacious methods I had been looking for. I even did an age regression to my childhood, sexual abuse and shame which was consequently healed, so that I can now talk quite openly about it and help others who have experienced those confused feelings.

After the course, on route to my home in Dubai, I stopped over at a relative’s home. Their daughter was having some bedwetting issues so I thought I could repay their hospitality by doing some HypnoSleep for the girl. On the second morning after doing HypnoSleep, she looked at me and said “Aunty Beryl, I dreamed of you last night”. I thought I’d been rumbled! “Really, what did you dream?” She answered “I dreamed you said beautiful things”. Relieved, I said, “That’s because you ARE beautiful, X”. She ambled away with a smile saying “I know”. I did a few more nights of the process with her (as Dave did with his son Larry) and she never wet the bed again, nor has any memory of it happening. She is a mother of a teen now. How interesting it is to see how HypnoSleep was refined and updated by Joane Goulding to become SleepTalk™ and for which I am now a trainer and consultant.

Why I use Elman Hypnosis Techniques

My inductions are always Elman, because they work. Sometimes a client doesn’t lose the numbers and I slip into a confusion induction with numbers very easily, so the client never knows they “failed”.  A first session may be the standard Elman with a post hypnotic suggestion that they will go faster and deeper in our second session (where I use the instant induction).

With clients, at the end of the day, who I can assume a more authoritarian approach with I say, “you’d like to go into hypnosis quickly now wouldn’t you. You’re ready to do the work. Let’s do that and not waste time. OK?” With that permission it’s so easy to do a hand drop. As the result of a severed radial nerve in 2000, my biggest grief was that I may never do a hand drop again. It’s amazing, with determination, lots of practice and motivation, I have slightly adopted it to be even more effective.

I trained my husband, a doctor, to use Elman’s waking hypnosis “fake” anesthesia for injections (Hypnotherapy, page 79) which he used successfully for 15 years until retirement. I have taught it to dentists and Elman’s work is very much the basis of my book HypnoDontics: A Manual for Dentists and Hypnotists. The book is available here on the Dave Elman Hypnosis Institute website.  I’ve taught Elman’s adaptation for children so they no longer have fear of injections. With the “magic spot” (pg 84), the child will be able to direct the doctor to the spot where we have permanently “anesthetized” several common injection points on their body e.g. upper arm, inner elbow, buttocks upper quadrant.

I travel a lot and have used Elman waking hypnosis with fellow passengers/strangers. One was in such grief as she was flying two long hauls flights Middle East to USA for her father’s funeral; another with clenched fists with fear of dying; and a lady with IBS terrified that there was a queue for the toilet and she “may” need it in a hurry.

I was asked, “What is the one thing from Elman I couldn’t let go of?”  It is testing. Testing for state was something I didn’t do before my Elman training.  Like many others, “in hypnosis” was assumed. Now I am shocked when I hear fellow professionals say “I think he fell asleep”.  I test for state constantly and deepen where and when necessary. His Regression to Cause (Pin Point and Affect Bridge) and “Chair Therapy” adaptations from psychology are brilliant. His use of simple language rather than some stage hypnosis voice. Even upon emerging clients he gave me new perspective… i.e. use the time between numbers to reinforce post hypnotic suggestions and wake refreshed.

As one of the first Brits to travel to USA to learn Elman hypnosis techniques I am “pleased as punch” that his techniques are beginning to spread through UK and Europe and are well-regarded there.